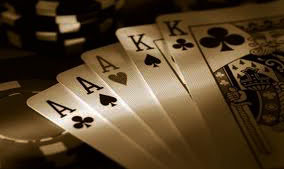 If you are a really avid online poker player, you probably know that there are some competitions held among online gamblers to define who is the better one. Real-game tournaments are known by everyone, and you will hardly find a player who knows nothing about WPT or WSOP. Though online poker today is more popular than traditional casino games, it may be hard to believe that some players even do not know the name of the major online poker event. Now we are going to tell you about the ultimate online poker competition – WCOOP.

First competition among online poker players was held in 2002. During the first tour of competition 9 events took place with the total amount of winning over $730,000. For many players it was a real hit in online gambling, as no one could believe that it is possible to hold a fair competition among online gamblers. But the results were even better than someone could ever dream about. And that started a new era in online poker gambling, era of competitions and huge winnings. Nest year, 2003, 11 events were held with a total pot of $2.7 mln.

With the rise of popularity of online poker the popularity of WCOOP has also raised. More and more players wanted to participate in the competition, and with each year number of events increased. 23 events were held in 2007, in 2010 the number of them was 62, 66 events took place in 2013. With the number of events the total sum of winning prize raised, and today the sum is about several dozens of millions dollars.

Players Who Participate in WCOOP

In most cases the names of players who take part in this tournament are unknown as they play under their nicknames. Each of the winners gets the bracelet which shows that he won the game event. Today the highest number of WCOOP bracelets belongs to Dan Kelly who is also known among online gamblers as djk123.

Many of online gamblers continue to play poker at traditional casinos and start to participate in tournaments that are broadcasted on the TV. They know that doing that they increase their popularity greatly, as with online winnings you remain to be a “some person”. When people see how you play, know your face, voice, you become a star. Of course, not all of the players struggle to popularity that is why you will find a lot of online gamblers who never participate into such competitions.

WCOOP is not the only competition among online gamblers. Mostly PokerStars players participate there. There is also another popular tour FTOPS (Full Tilt Online Poker Series) that also is very popular among gamers, but Full Tilt players prefer this tour mostly. There are also many competitions hold in some particular casinos or groups of casinos. Information on the tournaments which are regularly held in casinos is usually available at casino website. If you want to find more info on the poker offers and tournaments in various casinos, you can check canadacasinosonline.ca for more info.