Importance of a Betting Position in a Heads Up Game

In poker, the position in a betting sequence has a lot to do with making profits and in a heads up situation it is even more important. The position is determined by the dealer’s button and it would alternate between the two players determining who would act first and last for the entire hand. The small blind would be first to act prior to the flop but it is important to be able to act last on the flop, the turn and on the river. 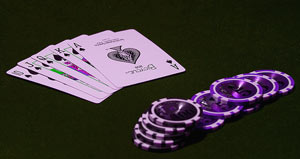 If you are in the last position

In a full game you would hold the button but the one on your right would be the raiser and the other players would act after you. In a heads up game acting last means always acting after your opponent. The main thing to remember is that in most game the heads up hand would miss the flop. When you are in the last position you would be able to get information about the strength of your opponent’s cards before you decide your actions.

Now for an example, imagine that you have a good but not a superb hand before the flop and from the small blind position you should usually be raising the hand. If your opponent would call it would mean that he does have a good hand but it’s not great enough to raise you. Then on the flop if your opponent still checks then you would know that he really doesn’t have a good hand and so you can keep betting till he folds. If you look at the same scenario from the big blind position, then like previously there is a raise prior to the flop, and this time you call waiting for the flop card which are medium cards. You could bet here but there is a risk of being raised who might have a strong hand.

Position can be an advantage if you make a good hand on the flop. If you are in a small blind position you can decide if you want to build up the pot by raising, or just call to give your opponent a chance to make a medium strong hand to call. When you place a blind and your opponent raises you before the flop it shows that he does have a good hand but you could still make him fold.

After the flop when you are in a position to act last then you can easily build up a large pot with strong hands and based on how your opponent acts you can fold when you do not have good hands. Big blind position is exactly the opposite, it is difficult to build up a pot and difficult to gauge where you stand when you have weak hands and your opponent places a bet. When you hold the dealer buton you should play more hands and try to make the most of your profits.

After the flop, the first position also has some advantages when nobody has played aggressive pre-flop. The one who would act first would be able to bluff and since majority of the hands would miss on the flops you could even take the pot. But in case you are called or raised you must then immediately fold without loosing any further money.